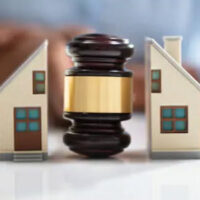 We’ve previously discussed some of the many questions and concerns that go into such an important decision as what to do with the marital home after divorce; whether a couple has decided to sell, or one wants to keep the home and try to buy the other one’s interest out. But what about where you should live during the divorce—before it is finalized? A question that we sometimes receive from our clients here in Florida is whether they should try to live in the same home during the divorce for a number of personal reasons; whether they be financial, out of concern for the couple’s children, or for other reasons.

Like everything else in divorce, there are rarely any black and white answers because every case is different and you want to make sure that you speak with an attorney before you make any definitive decision or action so as to ensure that your rights are protected.

Certainly there a number of benefits to deciding to simply sell the home and going your separate ways when it comes to divorce. The profits gained can be used for the sake of furthering your independence, establishing separate residences, and starting over, and some couples feel that this option provides them with the most closure, both emotionally and legally. In addition, perhaps it isn’t even financially possible to maintain the costs of multiple residences before the divorce is finalized.

When Things Get Complicated

Florida follows the policy of equitable distribution when it comes to property division in divorce, which can sometimes make the disposition of the home relatively simple: The home is sold and the proceeds are divided between the parties, or one party refinances the mortgage and buys out the other party.

However, things aren’t always this straightforward: Sometimes, both parties want to keep the home, but neither party can afford to do so, or the property’s value is now less the mortgage, or it is in foreclosure, behind in payments, etc. Sometimes when there are children involved, one or both parents also have an interest in keeping them in the family home for as long as possible. All of these options – and their pros and cons – should be weighed with the assistance of an experienced divorce attorney.

Should We Live in Our Home Until the Divorce Is Finalized?

In deciding whether it is sustainable to live together in the same home while the divorce is underway, some basic questions that you may want to initially tackle include the following:

If you are considering divorce, contact West Palm Beach family attorney William Wallshein to schedule a free consultation and find out how we can help.