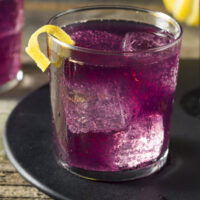 For much of the past decade, the laid-back sounds of summer in South Florida and throughout the Sun Belt were brought to you by lean, also known as sizzurp and purple drank, a candy-colored concoction of promethazine-codeine syrup and everything colorful and sweet you could ever think to mix with it, usually Sprite and dissolved Jolly Rancher candies.  If you were to look at the purple color schemes and references to lean on social media, you would get the impression that the drug is everywhere.  Of course, every middle schooler has gotten the talk about how almost nothing that you see on social media is real.  Jurors should know better than to let social media posts erase their reasonable doubt about a defendant’s guilt, and prosecutors should know better than to base their arguments on it.  If you have been wrongly accused or wrongly convicted of a drug crime just because you made drug jokes on social media, contact a West Palm Beach drug offenses lawyer.

South Florida’s own Harrison Garcia produced music for some big stars, including Chris Brown and Lil Wayne.  His social media accounts show a flashy lifestyle befitting of someone who associates with successful recording artists; his Instagram account showed him puffing rings of cannabis smoke and posing with illegal drugs.  Best of all, his Instagram account was named Muhammad_a_lean.  Nothing on social media is as it seems, but it appears that at least some of the drug references in Garcia’s social media posts referred to true events.  In 2013, Garcia pleaded guilty to two separate drug offenses.

By 2015, authorities began to suspect that Garcia was acting as a drug dealer to the stars; in the course of a lengthy investigation, Instagram provided Garcia’s publicly available posts and private messages to investigators.  In August and September of 2016, undercover agents bought promethazine-codeine cough syrup, the active ingredient in lean, from Garcia.  After his arrest, Garcia showed officers the illegal items in his house, including cannabis “moon rocks” and thousands of Xanax pills.  In 2017, a jury convicted Garcia of drug trafficking after prosecutors presented evidence from Garcia’s social media posts and text messages which made reference to his alleged drug dealing activities.  Garcia is currently serving a 30-year prison sentence.  In 2019, Garcia appealed his sentence.  He claimed that, while text messages are admissible in court, the evidence that prosecutors presented was not compelling enough to warrant a conviction.  He argued that just because someone talks about doing something, it doesn’t mean that they did it; most of what people say on social media is mere bluster.