How Scary Is It That Florida Does Not Have Parole? 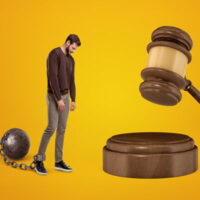 People come to Florida expecting the unexpected.  In Florida, you can walk into a doctor’s office, swipe your credit card, and, as long as you don’t ask too many questions, come out looking 15 years younger.  You don’t know whether the next creature to cross the road and cause you to hit the brakes will be an endangered Florida panther, a back from the brink of extinction American alligator, a feral iguana, or a newly arrived Nile monitor lizard.  Sometimes Miami mansions belonging to couples in the process get assigned to one former spouse with minimal conflict, as in the case of Tom Brady and Gisele Bundchen, but other times former spouses and their new paramours fight over the mansion for years, as happened with Phil Collins and Orianne Cevey.  Florida’s weirdness is entertaining to outsiders, but if you are subject to Florida’s outlandish rules, it is terrifying.  Florida’s criminal justice system has some rules that would delight the Queen of Hearts from Alice in Wonderland, but a West Palm Beach prisoners rights lawyer can help you if you have run afoul of them.

Before the Florida Shuffle, There Was the Two Strikes Law

In most states, a prison sentence for any except the most serious crimes (such as murder, rape, or drug trafficking) carries the possibility that you will become eligible for release on parole earlier than the date indicated in your original sentence, but not in Florida.  In Florida, as in 15 other states, there is no such thing as parole.  Florida abolished parole in 1997.  This means that, if you have not yet been sentenced to prison, you have even more reason to hire a criminal defense lawyer to fight your charges or seek a plea deal with as little prison time as possible.

Even worse, if you have already served a prison sentence and then been released, you are, in theory, only one felony conviction away from a life sentence in prison without the possibility of parole.  Because of this “two strikes” law, thousands of defendants are serving life sentences in Florida for theft, robbery, and burglary, in other words, crimes where they did not cause any victims to suffer physical injuries.  A disturbing report by the Marshall Project showed that Florida prosecutors invoke the two strikes law at almost every opportunity, in other words, whenever a defendant who previously served a prison sentence pleads not guilty to new felony charges and gets convicted at trial.  In the interest of ensuring that the jury is unbiased in deciding the defendant’s innocence or guilt, jurors do not know what penalty awaits the defendant if they return a guilty verdict.  Jurors and crime victims have said that they would have acted differently if they had known that their decisions would send a person to prison for life for a nonviolent crime.