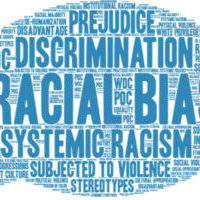 According to a new study, regardless of whether a police officer is from a municipal police department, or state patrol agency, the decisions that they make to pull over and search motorists are often affected by “persistent racial bias,” whereby not only are Black drivers more frequently pulled over due to their race, but Black and Latinx drivers are subject to search and seizure based on a lower evidentiary standard than their white counterparts. While the research did suggest that in areas where recreational marijuana has been legalized (which does not yet include Florida), the issue of racial disparities with search and seizure may be less of an issue, still, this has significant overall implications for drug charges, especially when police already disproportionately target minority neighborhoods for patrolling and enforcing even minor traffic violations, resulting in serious criminal justice concerns.

Black Drivers Stopped During Daylight Hours Due to Race

The study was based on data taken from 95 million traffic stops involving 35 municipal police departments and 21 state patrol agencies that occurred between 2011 and 2018. Racial disparities in traffic stops were demonstrated by the data indicating that Black drivers were significantly more likely to be stopped during the daylight hours and less so after sunset, when police cannot identify motorists by race.

Black and Hispanic Drivers Subject to Searches & Seizures with Lower Evidentiary Standard, Although The Legalization of Recreational Marijuana Lowers the Number of Overall Searches

Researchers also found that Black and Latinx drivers were subjected to searches based on a lower evidentiary standard than their white counterparts. However, they also found that in areas where recreational marijuana was legalized, the overall number of searches of minority and other drivers decreased, even though the evidentiary standard still remained lower for minority drivers. This indicates that policy changes surrounding legalizing recreational marijuana do have an effect on overall traffic stops, but that police subject Black and Hispanic drivers to searches and seizures more frequently, regardless.

How This Bias Translates into Higher Arrest Rates for Minorities

The implications of the study are significant in terms of the potentially injurious effects that this persistent racial bias can have; not only when it comes to searches and seizures; but also drug-related  arrests. When police make a habit of disproportionately patrolling Black and Hispanic neighborhoods, the enforcement of even minor traffic violations can end up placing heavy burdens on particular communities when police subject particular races to more frequent searches and seizures–including those that may be illegal–ultimately resulting in criminal justice concerns.

If you have been subjected to a biased traffic stop, search and seizure, etc. and/or charged with a drug offense here in West Palm Beach, you could be facing significant penalties as a result. Contact experienced West Palm Beach criminal attorney William Wallshein today for a free consultation to find out how we can help. With more than 38 years of experience representing Florida clients and zealously fighting for their rights, we are well versed at putting together a strong defense for our clients.