What Are The Different Schedules Of Controlled Substances? 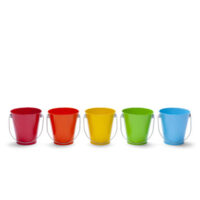 Some Illegal Drugs Are More Illegal Than Others

The five schedules of controlled substances each involves a different set of restrictions on the possession, use, and sale of drugs on that schedule:

Which schedule of controlled substance is involved in your criminal case is only one of the factors affecting the sentence you can face if you are convicted.  The penalties are much less severe for possessing ten Valium pills than for possessing a bag of heroin that weighs as much as ten Valium pills.  Of course, it also matters whether you plead innocent or guilty and whether you have prior criminal convictions, among other matters.

A Palm Beach County criminal defense lawyer can help you if you are facing misdemeanor or felony charges for possession of a controlled substance of any schedule and in any quantity.  Contact William Wallshein P.A. in West Palm Beach Florida to discuss your case.