Where Is The Line Between Self-Defense And Excessive Force In Florida? 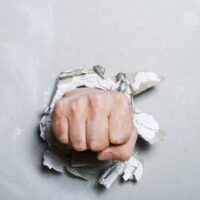 Andrew and Brad are celebrating a recent work promotion out on the town. They are enjoying themselves in a local sports bar when suddenly, another guy bumps into Brad. Brad quickly apologizes for a simple mistake, but this other guy is looking for a fight. Even after the bartender tells him to calm down, the guy throws a sucker punch at Brad and kicks Andrew in the stomach. Andrew is writhing on the floor and Brad runs after the man, knocking him out cold. Can Brad be arrested for battery if he acted in self-defense? Is it excessive force or self-defense?

What Actions are Considered Self-Defense in Florida?

Florida Statute 776.012 states that a victim is justified in the use of non-deadly force if they believe they are under threat of attack or use of unlawful force from an aggressor. Because Brad was attacked unprovoked by an unknown perpetrator, he acted with the same measure of force. One could argue that because the perpetrator ran away, that Brad did not need to follow him and punch him back. Obviously it is best to avoid a physical confrontation, however the perpetrator should be apprehended for assault and battery against Brad and Andrew. It wasn’t Brad who attacked the man unprovoked, it was the aggressor. Sometimes these instances devolve into a “he said, he said” match, which is why it is crucial to alert the authorities and file a police report. Also obtain statements and contact information from witnesses if they saw what happened. No one should be incriminated for defending themselves, but some people are too proud to let their ego down or call the police for help.

What is the Stand Your Ground Law?

The Stand Your Ground Law is unique to Florida. Many other states require a victim in a physical attack to make every attempt to retreat from their attacker, and not to use deadly force. In Florida, the victim has no duty to run, retreat or attempt to evade their aggressor. Instead, the victim, if they choose, can “stand their ground” and meet force with force. This is contrasted with the use of deadly force, where the Stand Your Ground law comes into play. There are two incidents where a victim can use deadly force without the threat of facing criminal charges. A victim can use deadly force against an aggressor if they believe they are under imminent danger of “a forcible felony” or to prevent impending death or severe bodily harm to themselves or another victim. Fla. Stat. §776.013.  Deadly force can also be utilized to defend one’s domicile (residential home). This is contrasted with other jurisdictions that may find a victim guilty of a violent crime for using deadly force against an aggressor if they had an opportunity to retreat and instead met force with deadly force.

No one wants to find themselves in a serious confrontation, especially with an unprovoked aggressor. Unfortunately, blurred lines can turn the blame around on the victim who was only defending themselves. If you were attacked in a domestic dispute or a random chance encounter with an aggressor, and charges have been filed against you, it is critical that you contact an experienced criminal defense attorney urgently. Violent crimes are taken extremely seriously, and if convicted, defendants could face years in prison.  Nobody who is acting in self-defense should have to stand trial. West Palm Beach criminal attorney William Wallshein can appreciate the severity of the charges against his clients, and he dedicates himself to advocating for their rights. Call him today to schedule a free consultation.