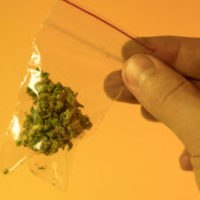 Florida’s new hemp law went into effect in July, legalizing hemp that contains up to .3 percent THC. However, according to reports, the legalization of hemp has thrown a wrench into law-enforcement and its arrests and seizures involving marijuana. This is because there is no way for police to tell the difference between hemp and marijuana.

As a result, some counties in Florida are now informing their officers that they should not make any arrests for suspected marijuana crimes whatsoever. While they have indicated that charges will not be filed until there is a lab test done to prove the level of THC in whatever substances in question, according to experts, there is no certified field test that can do this, and state labs cannot currently test for THC levels either; creating a significant amount of confusion and mystery surrounding how Florida is going to crack down on marijuana crimes at all from here on out.

Proving beyond a reasonable doubt requires the state to prove the THC content of the substance in question. With no plan to do so by state labs, this leaves many questions concerning arrests and prosecutions of marijuana crimes in Florida. The new law also makes it more difficult to establish probable cause, which also then affects searches that involve connections to more serious charges, such as weapons charges brought in connection with drug seizures. As a result, some police are, instead, being told to file a capias request, while other officers are being told that they can only make an arrest if the suspect admits to having illegal marijuana after they have been read their Miranda rights. Orlando police, for example, have been instructed that they can search vehicles or people if they believe marijuana is present, however, if they are not absolutely sure that what they are seizing is illegal marijuana, they have to let the suspect go.

However it is also concerning that there is generally lack of clarity on what law-enforcement is supposed to do or not do in these cases, including DUI cases, and this could lead to a number of illegal arrest and seizures.

Note that officers have been told that if they see impairment, they can move forward on an arrest, but prosecuting marijuana charges without lab tests will be difficult-to-impossible.

There is no question that there now exist significant legal challenges to prosecuting marijuana crimes in Florida at this point and changing that would take significant changes in laboratory test abilities and the new law legalizing hemp has completely changed how police and prosecutors can approach marijuana crimes. If you have questions related to such charges, contact our experienced West Palm Beach drug offenses attorney at the office of William Wallshein, P.A. today.