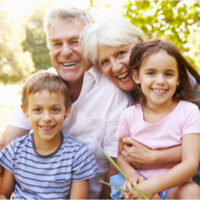 A mother has filed for divorce from her husband, and she wants primary custody of their two children. After all, her spouse was an absentee parent to the kids, and even before the separation, never wanted to spend time with them. What would he be missing if she were awarded primary custody? Custody awards and arrangements are based on the best interests of the children, not the parents. And, while divorced parents may not agree on parenting style, only evidence of abuse, drug usage or other factors that would make a parent unfit would justify awarding no custody or visitation rights to the other parents. But custody is two-part: legal and physical custody are two separate definitions. The court may decide that both parents have joint legal custody while one parent has sole physical custody, or that both parents share physical custody as well.

What is Legal Custody?

Legal custody refers to decisions about the child’s well-being, including choices about education, religion, discipline methods, and medical care.  Sometimes the court will grant both parents shared legal custody even though one parent is granted sole physical custody. This means both parents must collaborate together when choosing whether the child attends private or public school, whether the child will attend church services, and in what denomination, what doctors the child will see, and when the time comes, whether or not the child receives vaccinations, such as the Covid-19 vaccination. Decisions pertaining to legal custody should be made in writing and incorporated into the custody order or parenting plan. If there is a dispute between parents, mediation between the parties and their respective counsel is an option. Otherwise, the parties would need to petition the family court to resolve the dispute.

What is Physical Custody?

Physical custody relates to day-to-day decisions you make regarding the children. This includes bedtime, meal preparation, completing homework, transporting children to after school activities, and other decisions relating to physical custody parents that have a majority of overnight custody with children are considered to have primary custody, and may qualify for child support from the other parent. Some parents create a parenting plan to dictate gracious terms of a joint custody arrangement. Parents may utilize a 2/2/3 plan, a 4/3 plan or a similar schedule, indicating which parent has overnight custody of the children and on what days.

Crucially, when devising a parenting plan it is important to keep a schedule that causes minimal interference to the child’s routine, development and schooling needs. Divorced parents who do not live in close proximity may not be able to share physical custody on a divided weekly basis simply because it is logistically improbable. In addition, if circumstances change substantially or one parent is routinely a “no-show” for pick-ups and drop-offs of the children the other parent may petition the court for a custody modification.

Divorce is painful and arduous for all parties involved. Making a parenting plan and establishing consistent routines with your children is one way to ease the transition. Ultimately, a family court judge will decide in the best interest of shared children. If you have questions about joint custody, legal custody and physical custody, or need assistance filing a divorce complaint, call West Palm Beach family lawyer William Wallshein. With more than thirty years of experience handling a plethora of family law cases, Mr. Wallshein will advocate for you. Call today to schedule a consultation.