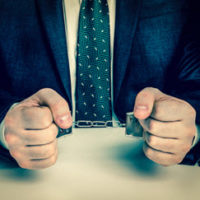 According to the latest statistics, the administration is now increasingly prosecuting white-collar crime. However, these prosecution numbers are still far below those seen during the 2008-2009 financial crisis. For example, no one at Wells Fargo faced any criminal charges thus far for creating deposit and credit card accounts for customers without their knowledge or permission.

In general, it can be difficult to prosecute white collar crimes in part because the very nature of working for corporations involves people being enabled to take some financial risks without constant worry of individual reprisals if things go south. According to the Justice Department, during the most recent fiscal year that ended in the fall of 2018, the Department filed charges against more than 6,500 defendants, which reflected a three percent increase from the 2017 fiscal year. Still, in comparison, more than 10,000 people were charged with white collar crimes during the 2011 fiscal year and the annual number of charges over the last century has consistently been close to 8,500 per year.

What Is White Collar Crime? What Are The Latest Trends?

The category of white collar crimes includes a number of nonviolent activities, such as embezzlement, identity theft, and Medicare fraud. Rather than prosecuting these types of crimes, the Justice Department within the current administration has focused more on issues such as illegal immigration and drug crime. For example, in the US, one out of every five people in jail is there on drug-related offenses, such as possession.

Even when it comes to prosecuting white-collar crimes, the Department has also focused more on corporate wrongdoing rather than prosecuting individual companies themselves, and has been more sympathetic towards companies that voluntarily report their own wrongdoing. In the 2018 fiscal year, the Department’s Fraud Section, which prosecutes financial, healthcare, and securities fraud, charged approximately 400 people, which reflected only a slight increase from the previous year.

According to the experts, US authorities are not conducting sprawling, interrelated financial fraud investigations, such as those that were conducted in 2009 and included crackdowns against insider trading at hedge funds. Yet, while insider trading cases and prosecutions against crimes of all corporate, fraud, securities, and investment fraud have decreased, authorities are still bringing what are known “spoofing cases,” which involve charging defendants with placing bids to buy or offers to sell future contracts with the intent of canceling them right away in an effort to create an illusion of demand.

Contact Our Florida Criminal Defense Attorneys to Find Out More

If you are in Florida and have been accused of a federal crime, including a white collar or other crime, contact our experienced West Palm Beach criminal attorney at the office of William Wallshein, P.A. today to find out how he can ensure that your rights are protected and you obtain the very best in legal advice.