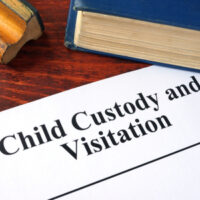 Child custody battles are already complicated and difficult enough without issues also arising related to parents living in different states. Still, they do come up, especially given that people sometimes have to move out of state for work and making long-distance arrangements work can be difficult. Even in cases where both parents file for divorce in one state, such as Florida, asking the court to also address child custody (known as “timesharing” in Florida), and the court issues a final judgment, one parent will still also sometimes challenge that judgment at a later date, arguing that the court never had jurisdiction to decide on custody in the first place because Florida was not the child’s home state. This has even occurred when one parent signed an affidavit voluntarily relinquishing their parental rights to the child.

Below, we discuss how jurisdiction issues are decided when parents live in two different states and may disagree over child custody issues:

Florida, like most other states, adopted the Uniform Child Custody and Jurisdiction Enforcement Act, which places exclusive and continuing jurisdiction for child custody in the hands of a child’s home state, defined as where the child has lived for the six months prior to the proceedings, since birth (if the child is under six months old), or where the child and at least one parent has “significant connections” and “substantial evidence” exists concerning their relationships, protection, care, etc.  The idea is that this state is in the best position to decide what is in the best interest of the child and it is best to avoid jurisdictional competition and conflict over child custody with courts in other states, which can result in children being shifted back and forth from state to state and harm their well-being.

As a result, if Florida, for example, had jurisdiction to make an initial custody determination, it can modify a child custody determination made by a court in another state as long as that court has decided that it no longer has jurisdiction or that Florida would be a more convenient forum, or either court decides that the child and their parents no longer reside in that other state. In other words, once Florida, as the child’s home state, issues a custody order, it retains jurisdiction over the case, and if a parent wants to modify the custody order, they have to file to do so in Florida. This order is also enforceable in other states.

If You Have Any Questions or Concerns, Contact A Florida Child Custody Attorney

Where battles on this issue typically occur is in arguing over what should be considered the “home” state if, for example, a couple raised their child in one state, but then moved. If you and your child’s other parent are going through divorce and/or child custody proceedings, I can guide you through the process and provide you with more than 30 years of experience in helping clients work out and litigate child custody issues in their best interest. Contact the office of West Palm Beach child custody and parenting plans attorney William Wallshein, P.A. today to schedule a free consultation and find out more.