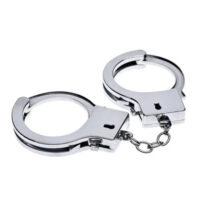 It is a popular trope in movies about crime that, while there may be honor among thieves, no one trusts anyone.  You never know who is an undercover police officer or who is a confidential informant who repeats everything you say to law enforcement.  Maybe the person from whom you are buying drugs or other illegal items is even wearing a wire, and the cops are listening to everything you say.  Some plea deals require the defendant to help investigators gather evidence against other people who participated in the criminal conspiracy in exchange for getting a reduced sentence; this could simply mean providing information in interviews before the sentencing hearing, or it could mean acting as a confidential informant.  If you get caught in an illegal act by a confidential informant, don’t be intimidated because the prosecution has such strong evidence against you.

These days, most college students have a source of income, whether from a retail job, a monetized social media account, or selling their ADHD drugs to classmates before exams, but David Drake’s side hustle was especially dastardly.  While enrolled in college in Alabama, Drake maintained a Tumblr account in which he advertised images of sexual abuse of minors.  When people contacted him on Tumblr, he would transmit the images through a website called Wickr, where communications are encrypted and where they are automatically deleted after a short time.  He would then collect payment through payment apps that people commonly use to make perfectly legal purchases, such as Venmo, Amazon, and the Cash App.  He would label these transactions with innocent-sounding names, like “tutoring” and “textbook.”

Authorities caught up to Drake in 2018, and he pleaded guilty in August of that year; as part of his plea deal, law enforcement instructed him to continue to maintain the Tumblr account and to provide them with the online screen names of people who contacted him about buying illegal images.  In the fall of 2018, Drake got a message from Gabriel Albala, who lives in Margate but had been employed by the Boynton Beach Police Department since 2006.  Albala bought several child exploitative images from Drake, paying between $10 and $50 for each one.

Albala was arrested in August 2019 after an investigation; the Boynton Beach Police Department terminated his employment several months later.  In January 2020, Albala pleaded guilty and was sentenced to 30 months in federal prison, followed by five years of probation.  He must also register as a sex offender.

A Palm Beach County criminal defense lawyer can help you if you are facing criminal charges for a sex-related offense.  Contact William Wallshein P.A. in West Palm Beach Florida to discuss your case.