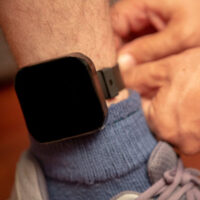 If you are a member of Generation X, you probably remember the words “National Center for Missing and Exploited Children” printed on milk cartons beneath grainy black and white photos of children believed to be at risk for abuse; you probably saw similar pictures, distributed by the same organization, on bulletin boards in supermarkets.  Today, the National Center for Missing and Exploited Children still endeavors to find children who have suffered abduction, sexual abuse, human trafficking, and other abuses and return them to safety, but these days the first indication that a child is at risk usually comes from the Internet.  Today, many of the alerts that the National Center for Missing and Exploited Children receive about child abuse come from online content moderators, who notify the center when users try to upload images or videos that show the sexual abuse of minors.  A conviction of possession of one such image or video is punishable by up to four years in prison, but in practice, the outcome of each case depends on many factors.  If you are facing charges for possession of illegal images, a West Palm Beach sex offenses lawyer can help you fight the charges.

Kurt Castaldo had a successful career as a Palm Beach Sheriff’s deputy, but, as he later admitted to his lawyers, he struggled with a pornography addiction for most of his life.  In 2018, Castaldo uploaded several images on Tumblr that depicted minors, who appeared to range in age from about six to mid-teens, in sexually suggestive situations.  The Tumblr moderators did not post the images online and instead notified the National Center for Missing and Exploited Children, who continued an investigation.  Detectives eventually determined that the images had originated from a computer in Castaldo’s West Palm Beach residence.

After executing a search warrant at Castaldo’s home, authorities arrested him at his workplace.  Castaldo surrendered his cell phone, which contained additional images.  Castaldo pleaded guilty to possession of child exploitative images and was sentenced to one year of house arrest, followed by two years of probation.  The Palm Beach Sheriff’s Office terminated his employment while his case was pending.  In addition to the house arrest and probation, Castaldo must register as a sex offender and remain on the sex offender registry for the rest of his life.  He also is not allowed to be in the presence of minors; this includes going to public places frequented by minors, such as malls.  Since Castaldo’s own children are minors, he is allowed to have contact with them, but only when another adult is present.

A Palm Beach County criminal defense lawyer can help you if you are facing criminal charges for an offense that requires lifelong registration on the sex offender registry.  Contact William Wallshein P.A. in West Palm Beach Florida to discuss your case.