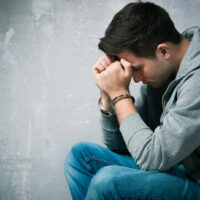 According to the lawsuit, the Florida Department of juvenile Justice is violating the law by placing these minors in solitary confinement for longer than the 72 hours maximum allowed and this is causing extensive psychological harm and even risk of detainees committing suicide. According to one survey, half of all suicides that occurred in juvenile detention centers occur with those in solitary confinement.

Several of the plaintiffs in the case include one 16-year-old who was pregnant and failed to receive any medical care, as well as a 13-year-old who had previously tried to commit suicide. The law in Florida allows for minors to be placed in solitary confinement for a maximum of eight hours before requiring approval from the juvenile detention center superintendent.

The right to be free from cruel and unusual punishment is provided by the Eighth and Fourteenth Amendments. Fifty percent of minors who commit suicide in juvenile facilities were reportedly in solitary confinement at the time of their death. Placing minors in solitary confinement and depriving them of social interactions not only increases the risk of suicide and causes psychological harm, but causes anxiety, depression, trauma, self-harm, as well as permanently interfering with their development, and all of these risks and consequences are well documented. Notorious authorities including the U.S. Department of Justice, the American Medical Association, National Commission on Correctional Health Care, and others have all recognized these risks and recommended that solitary confinement and similar isolation practices be completely eliminated for minors. The lawsuit not only argues that placing minors in solitary confinement in this way violates the U.S. Constitution, but also the Americans with Disabilities Act and Rehabilitation Act because the practice inherently involves discrimination against minors with disabilities.

Here in Florida, crimes committed by juveniles are, in many cases, treated the same as those committed by adults. It is therefore extremely important to seek the counsel of an experienced juvenile crime defense attorneys if you or your child has been charged with a crime.

With more than 38 years of experience defending minors, our West Palm Beach juvenile crimes attorney has the right values and experience to provide the very best representation. Contact the office of William Wallshein, P.A. today to find out more.