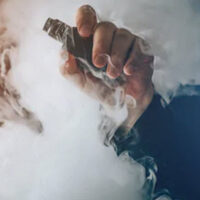 In late September, federal officials announced that they would be opening up a federal criminal investigation into a number of lung-related illnesses linked to vaping. According to the latest reports from the Centers for Disease Control and Prevention (CDC), the number of confirmed or probable cases of disease has reached 530, with eight people reportedly dying. Although no one cause or set of causes has been linked to all of the cases, officials do know that 75 percent of overall patients have been male and 67 percent are between the ages of 18 and 34, with more than half under age 25. Meanwhile, the Food and Drug Administration (FDA) has announced its office of criminal investigations also plans to investigate the supply chain to find out the source of what is making people sick.

The FDA previously pinpointed the use of a contaminant called vitamin E acetate as the culprit, however, the agency is also reporting that there is no one compound ingredient constituent that has been showing up in the samples tested for additives, painkillers, poisons, pesticides, and toxins. Symptoms that are concerning federal officials include shortness of breath, coughing, fatigue, diarrhea, and vomiting, and have included e-cigarette products with THC, both THC and nicotine, and/or just nicotine. While the FDA has indicated that it won’t be pursuing charges against individuals who vape or use illicit drugs, questions still remain as to who will ultimately be assigned criminal liability, especially at some local levels, where cities have indicated that individuals found with vaping products could be fined and placed in jail. As a result, naturally, people are hesitant to share information about the products they have used.

Can Vaping Land You in Jail?

Some cities are, indeed, passing emergency anti-vaping rules, and not only do they ban all flavored tobacco products, but they also put in place some fairly harsh penalties, such as presuming that anyone caught with four or more products has intent to sell; punishable by a fine and several months’ imprisonment. As of July 2019, vaping is banned in most indoor workplaces here in Florida, although there are localities with vaping bans that do not include all restaurants and bars.

Of course, those companies directly involved with vape products are most susceptible to being found legally liable. Still, a number of experts have put forth the claim that the dangerous vaping cases are related to unregulated black market (and potentially contaminated vape oil), even though the agencies and public are currently focused on all vaping products, including those that are legal.

If You Are Being Charged with A Federal Crime, Contact Our Florida Defense Attorney

If you are facing a federal investigation, contact the aggressive West Palm Beach federal crimes lawyer at the office of William Wallshein, P.A. today to find out how we can help.