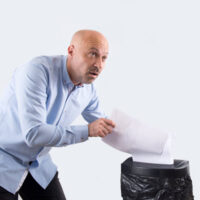 There are plenty of ways that someone can be partially responsible for a crime.  On the one hand, the difference between drug trafficking and drug possession or between murder and manslaughter can be a matter of interpretation, with the less severe interpretations often applying in the case of a plea deal.  On the other hand, when multiple people are involved in a crime, the court might charge them with different levels of offenses.  The person who robs a bank at gunpoint breaks the law, as does the getaway driver, the person who hides the bag of money in their shed, and the person who lies to the police about the robber’s whereabouts, but they are not all guilty of the same offense.  To find out more about criminal cases involving the defendant’s auxiliary role in a crime, contact a West Palm Beach aiding and abetting lawyer.

How Is Aiding and Abetting Different From Conspiracy to Commit a Crime?

Charges of conspiracy to commit drug trafficking, money laundering, murder, or any other crime apply when you were aware, to some degree, of the goal of the entire criminal operation, and you participated in some aspect of it.  You can still be guilty of drug trafficking conspiracy if you did not know how the drugs got to Miami, but you knew that they were illegal drugs, and you drove them to West Palm Beach and received payment for doing so.

A Palm Beach County criminal defense lawyer can help you if you are facing criminal charges for acting as an accessory after the fact to a crime.  Contact William Wallshein P.A. in West Palm Beach Florida to discuss your case.