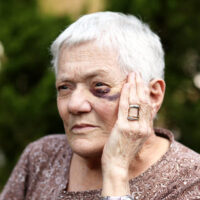 According to Florida, battery is a violent crime that involves intentionally making physical contact with someone with the intention of causing physical pain or physical injury.  Battery and assault are different crimes, although many defendants have faced charges both for assault and for battery as the result of a single incident (such as a fight or attack).  Assault is when the defendant intentionally causes the victim to fear physical harm, such as by swinging a fist without actually hitting the victim or holding a weapon close to the victim.  Simple battery is a first-degree misdemeanor, with a maximum penalty of one year in jail, but certain complicating factors can turn a punch or slap into a much more serious crime.  If you are being accused of domestic battery, contact a West Palm Beach domestic battery lawyer.

How Is Domestic Battery Different From Other Battery Crimes?

If the defendant and the victim are members of the same family and the same household, then charges of domestic battery apply.  The victim might have any of the following relationships to the defendant:

Penalties for Domestic Battery in Florida

The penalty for domestic battery is the same as the penalty for simple battery, namely a $1,000 fine and up to one year of probation or jail.   The court might also order you to perform community service and take away your right to own a firearm.  If it is a repeat offense domestic battery charge, the court can prosecute it as a felony, and the maximum penalty is five years in prison.

The best way to avoid jail time and criminal convictions on your record if you are facing charges for domestic battery is to hire a criminal defense lawyer.  Attorney William Wallshein has more than 38 years of experience, including five years as a prosecutor in Palm Beach County.  Contact William Wallshein P.A. in West Palm Beach, Florida to discuss your case.