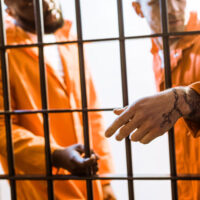 Several North Florida prisons are closing, effective immediately, due to severe staffing shortages. Although one of the locations is considered state-of-the art, it too is closing due to an issue securing guards and support staff. Governor DeSantis met with prison officials and union representatives to discuss the possibility of increased funding to detention. But many people argue that the answer is not more funding to find more employees, but rather to release non-violent inmates and inmates who are eligible for parole.

Working in a prison is an inherently dangerous practice. Guards must learn rules for safety and security, managing large population groups, different, sometimes extreme personalities, and recognize signs of a potential health emergency. The spread of viral disease was already a problem plaguing prison populations throughout the country. COVID-19 only exacerbated that. It is nearly impossible to physically distance inmates more than 6 feet. It also remained difficult to procure COVID-19 shots for guards, staff, and inmates. Even as vaccine supply increased, many guards refused to get vaccinated. As a result, COVID-19 cases rose in prison populations throughout the country, presenting a significant risk of danger to current employees and discouraging potential employees from applying. Workforce shortages are not just plaguing the detention industry, however. Jobs in the service industry, healthcare (specifically nursing), the education sector and construction are also feeling the effects of the pandemic. Despite hiring bonuses, increased pay, and a suite of benefits (and for detention workers/guards, membership in a union) employers are unable to fill positions and are forced to shutter locations.

What about Parole? What if Parole was Denied Previously?

Releasing inmates eligible for parole would accomplish two objectives. First, it would lessen the burden on current staff and employees as there would be a smaller population in total. Second, releasing rehabilitated inmates could perhaps alleviate staffing shortages in other industries as an influx of potential hires would flood the job market. Many inmates currently imprisoned were convicted of marijuana possession, other drug possession of small amounts or non-violent crimes. They may have already served 8-10 years in state prison or were previously eligible for parole but were denied. However, it seems like the most logical solution would be to release inmates who are eligible and pose no threat to society if released.

Florida has some of the highest imprisonment rates in the country. While some laws have been amended regarding marijuana possession, critics argue that the parole process is unnecessarily arbitrary. Despite common misconceptions, you can appeal a parole board’s decision not to grant your release. To file an appeal, an appellant (person filing) must bring suit against the Florida Parole Commission. This is no easy task, but if the appellant believes a parole commission made a mistake of law or fact in denying his parole, he has the option to file and also has the right to review the Parole Commission’s decision to deny his release. While not every inmate can be released, the fact that prisons are severely understaffed is one reason why parole boards should not be arbitrarily denying the release of non-violent offenders with good behavior.

If you or a loved one are eligible for parole or have been denied parole, you may need legal representation. Attorney William Wallshein has practiced criminal law throughout Southern Florida for nearly thirty-five years. He understands the parole process including procedure and requirements after a convict is released or placed on supervised probation. He also understands the burden required to successfully appeal a parole board decision, but he also believes convicted defendants deserve a second chance. Call West Palm Beach criminal attorney today to schedule a consultation and discuss your options.