Is Domestic Violence Ever A Misdemeanor? 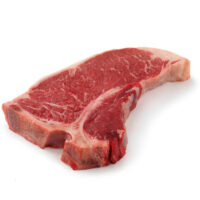 The term domestic violence refers not to one crime but to a large group of crimes, some of which are more serious than others.  Crimes such as assault, battery, stalking, and sexual assault can all be categorized as domestic violence.  The identifying characteristic of domestic violence is the relationship between the victim and the defendant.  In some cases, it is family violence, where the defendant is a parent, sibling, child, spouse, stepparent, stepchild, stepsibling, or ex-spouse of the victim.  In other cases, it is dating violence, where the defendant and the victim are in a romantic relationship, or used to be in one, but were never married to each other.  Domestic violence allegations can affect the family law court’s decisions about your parenting time even more than allegations of other crimes can.  If you are being accused of a violent crime or attempted violent crime against your boyfriend or girlfriend, contact a West Palm Beach dating violence lawyer.

Assault may or may not involve physical injury.  Simple assault is when you put the victim in immediate danger of suffering an injury, such as when you swing your fist at the victim or even hold your clenched fist in front of the victim’s face.  Actually, punching the victim is battery, so if you do both, you can get charged with both assault and battery.  If you and the victim are members of the same family or are in a romantic relationship, then it is domestic assault.

According to Florida law, domestic assault is a second-degree misdemeanor.  The maximum penalty is a $500.00 fine, but six months of probation or 60 days in county jail.  By contrast, aggravated assault, which involves weapons or serious injury, is a felony punishable by up to five years in state prison.

Rochelle Wright and her boyfriend, whose name the news reports did not name, had been together for 20 years by the time of the incident that made her the subject of “Florida Woman” stories.  One night in August 2022, they had both been drinking at their home in Tarpon Springs, and they were getting on each other’s nerves.  As her boyfriend sat in an easy chair, Wright threw a raw steak at him, and he called the police.  When the police arrived, they arrested Wright and wrote a police report, in which they identified the steak as a weapon, despite that it did not make contact with the victim, but they did not confiscate the steak.  Wright, 42, is facing charges for domestic assault, and if convicted, she could face a sentence of up to two months in jail plus fines.