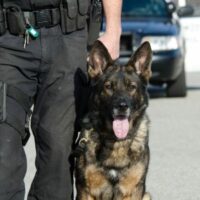 Imagine if, during a trial in a drug possession case, a police officer who had arrested the defendant during the incident that led to the charges told the jury that he or she conducted the traffic stop because of a broken taillight or expired tags but then decided to search the vehicle for drugs because the defendant looked like a drug user.  It would be obvious to the jury that the decision to search the car was based on stereotypes and on the officer’s own biases rather than on solid evidence.  This could only count against the prosecution and make the jury less sure that they should convict the defendant.  Traffic stops like this happen all the time, and unfortunately, most of the defendants arrested in them plead guilty, because they think that jurors will think that they look like drug users, too, resulting in an even harsher sentence than the defendant would get by pleading guilty.  If you got arrested for drug possession after an officer searched your car for no reason other than your physical appearance, contact a West Palm Beach drug offenses lawyer.

Patrick Star Pajamas Are Not Probable Cause for Searching a Vehicle

Ketamine is a Schedule III controlled substance.  In a medical setting, it is used for anesthesia, almost always in combination with other drugs; it is not a central nervous system depressant, so it does not make you sleep, but it has dissociative effects, so that you will not remember the surgical procedure.  Its recreational use has increased in the past three decades; it is usually snorted like cocaine, to produce a hallucinogenic or dissociative effect.

You have the right to due process and to representation by an attorney.  A Palm Beach County criminal defense lawyer can help you if you are facing charges for possession of ketamine or another controlled substance.  Contact William Wallshein P.A. in West Palm Beach Florida to discuss your case.