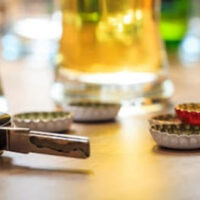 Jamie and his friends from college got too carried away this past New Year’s Eve. They were trying to make up for lost time because of COVID-19. They decide to go bar hopping in Boynton Beach but instead of taking an Uber, all hop into Jamie’s car. By the end of the night everyone is drunk, but somehow they still end up attempting to drive home. On the way back around 3:00 o’clock in the morning, Jamie is stopped at a sobriety check. He blows a 0.16 BAC. There’s also open bottles of liquor in the car. What are some of the potential consequences of a DUI in Florida?

DUI, or driving under influence, is a very serious charge in Florida. Defendants charged with DUI in Florida face dual consequences, criminal charges in addition to a potential administrative hearing for license suspension or license revocation. Defendants who are convicted could be looking at jail time, probation, community service and fines. It is expensive for outfitting an ignition interlock device in their vehicle for usually at least three months. There is a cost for installing the device in addition to maintenance. A judge might also order a defendant to attend counseling for drug and alcohol abuse rehabilitation. In Florida, a defendant convicted of a DUI for the first time may serve up to six months in jail in addition to a $1000 fine and a six month license suspension or longer.

Sometimes in Florida, your license may be automatically suspended if you are arrested for DUI and you refuse to take a breathalyzer test in the field. When you obtain a license you give implied consent to submit to a regular test and this is found on the back of your license. Police use a breathalyzer test as probable cause to make an arrest. However, sometimes a breathalyzer machine is not calibrated properly, the nystagmus test is conducted properly. A defendant with pre-existing medical conditions affecting gait or balance may also fail a nystagmus without any fault of their own. If you refuse a breathalyzer test, but police still have probable cause to arrest you, you will likely be booked and be required to make bail.

Officers are cracking down on buzzed and drunk drivers. No one goes out on New Year’s Eve expecting a DUI, but it does happen. Don’t let one mistake define your life. Reach out to skilled West Palm Beach criminal lawyer William Wallshein for help with your case.