Over-The-Counter Antihistamines And The Opioid Epidemic 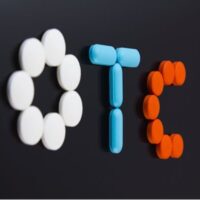 This month, the Centers for Disease Control and Prevention (CDC) published a report detailing a disturbing recent trend in opioid overdoses.  It reported that approximately 15 percent of the patients whose deaths were attributed to opioid overdose in 2019 and 2020 also tested positive for over-the-counter antihistamines.  Many of these overdoses were accidental, as the patients were likely unaware of the dangerous interaction between the drugs.  This is not simply a case of a new, inexpensive adulterant; it is not that Benadryl is the new fentanyl.  It is also not a multiplier effect like the interaction of alcohol and barbiturates (a central nervous system depressant used in sleeping pills) that caused so many overdose deaths before and during the 1970s that doctors and regulators virtually withdrew barbiturates from the market.  From a legal standpoint, antihistamines are harmless.  Anyone can buy them over-the-counter; supermarkets and drugstores do not even keep them in locked cases.  They are just one of the newest ways that opioids can easily become scarier than they look.  Remember that, in Florida, your drug case becomes much more serious if someone to whom you provide drugs suffers an overdose.  If you are facing criminal charges for opioids, whether they are straight from a prescription bottle or lost in a sea of opioids, contact a West Palm Beach drug offenses lawyer.

Antihistamines are a category of drugs that relieve allergic symptoms such as itching and nasal congestion; they can also have a sedative effect.  Claritin and Benadryl are popular over-the-counter drugs that contain antihistamines.  According to the CDC, antihistamine use increases the risk of overdose in opioid users.  This is because, while naloxone can quickly reverse the respiratory depression caused by opioids, even the extraordinarily potent synthetic opioid fentanyl, it is not effective against the respiratory depression caused by the sedative effects of antihistamines.

Itching is a common side effect of long-term opioid use.  Therefore, many of the people who are at the greatest risk of opioid overdose are also more likely to have antihistamines in their bloodstream.  In addition, many people take antihistamines to treat allergy and cold symptoms, unaware of the interactions they can cause with opioids.

What does this mean for drug offense cases related to opioids?  It doesn’t mean that a bottle of Claritin in your car is probable cause to search the car for opioids.  It only increases the risk of overdose, meaning that if you share or sell your opioids, the risk that the recipient will overdose is greater.  No matter the circumstances of the overdose, Good Samaritan laws apply, and you should always seek help for an overdose victim.  Every overdose victim who receives naloxone has an exponentially better chance of survival than one who does not receive naloxone.