The Field Test Said That The Drug Mixture In Your Car Contained What? 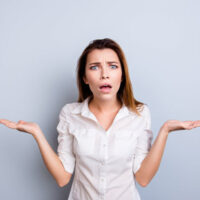 The field tests that police use at traffic stops are notoriously subjective and unreliable.  A 20-year-old gymnast can successfully walk an imaginary tight rope whether she is sober or drunk, but a 60-year-old who takes blood pressure medication would have trouble with that task, even if she hasn’t consumed a drop of alcohol in decades.  The test kits for drug samples are no better; no matter what color the liquid turns, the cop can interpret it as a positive result for an illegal drug if he is determined to do so.  Forensics labs are more reliable, but plenty of defendants in drug cases are surprised by the results of forensics tests.  This is partially because, when you buy drugs on the street or on the Internet, you really cannot be sure about the ingredients.  If you are being accused of possessing one or more controlled substances that you genuinely did not know were in your possession, contact a Palm Beach drug offenses lawyer.

Xylazine is not a new drug, but its influx into the drug supply in certain parts of the United States has been recent and rapid.  Xylazine has been popular as a tranquilizer and anesthetic in veterinary medicine for decades, ever since clinical trials deemed it unsuitable for use in humans.  It was originally designed to treat high blood pressure, but it suppressed heart rate and breathing so much that the FDA never approved it.  Vets use it all the time, though, for animals as small as mice and as big as horses; if your pet dog or cat has ever had surgery, it has probably received xylazine.

A cluster of xylazine-related overdoses was reported in Puerto Rico in 2006, but it was not widely implicated in drug overdoses in the continental United States until 2015.  Since then, it has played a role in an increasing number of overdoses; during the pandemic, Pennsylvania, Connecticut, and Maryland experienced a veritable xylazine epidemic.  No overdoses on pure xylazine have been reported, though; it has always been mixed with other drugs, usually opioids or benzodiazepines.  Its low price has likely contributed to its popularity as an adulterant, as happened with fentanyl, a notoriously scary adulterant.  What makes xylazine even scarier than fentanyl is that naloxone, which is frequently carried by police officers and civilians alike, can quickly reverse a fentanyl overdose, whereas the antidotes to xylazine overdose are harder to find.  This means that, even though xylazine is not on the federal list of controlled substances, it is potentially even more dangerous than fentanyl.

A Palm Beach County criminal defense lawyer can help you if you are facing charges for possessing a mixture of drugs of which the ingredients are much more dangerous or more illegal than you expected.  Contact William Wallshein P.A. in West Palm Beach Florida to discuss your case.