Three Teens Charged As Adults In Alleged Murder Of Classmate 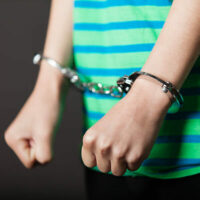 In Miramar, Florida, three teenagers ranging in ages 16-17 have been charged as adults with murder, in the death of their classmate, 18-year-old Dwight Grant. The grand jury must return a murder indictment for the three minors for the case to be transferred. If a murder indictment is returned, the defendants will face first degree murder charges. This is attributed to evidence of their premeditated plan to kill the classmate, who had a romantic relationship with one of the defendants prior to his death. There are very limited circumstances where a minor can be charged as an adult in Florida, explained in detail in this blog installment.

When Can a Minor be Charged as an Adult in Florida?

Some minors who commit misdemeanors can seek alternative sentencing such as diversion. Juvenile Alternative Services Program (“JASP”) is available to juveniles if the state’s attorney makes a recommendation. It is a non-judicial pathway intended to rehabilitate the minor for conditional release. The minor is still monitored by a juvenile probation officer, and a minor who allegedly commits a felony is rarely recommended to seek admittance into the program. Other penalties for minors who commit misdemeanors might include restitution to the victim’s family, community service hours or mental health counseling.

Any criminal charge may have serious repercussions, but this could not be truer for juveniles charged as adults. Depending on the circumstances of the crime, a teenager could be looking at decades behind bars before their life has even started. Even if charges are reduced, a young adult could experience shame, stigma, difficulty obtaining employment, finding an apartment, or simply moving on after a regrettable mistake.

If your child has been charged with a crime, contact West Palm Beach criminal attorney William Wallshein. With more than three decades of experience handling criminal defense cases, he understands how to navigate each case and how serious the impact of criminal charges can be, not just for the defendant, but the entire family. Call today to schedule a free consultation.