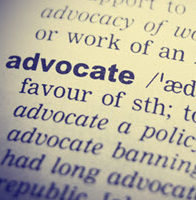 Two bills proposed in the Florida legislature could make a significant difference when it comes to criminal charges. One would increase the value threshold that is required to charge someone with a felony for theft, while the other one punishes pet owners who abandon their pets during manmade or natural disasters, such as hurricanes, with jail time and/or fines.

Felony Theft Could Be Changing In Florida

The first bill – HB 575 – is long overdue, as the felony threshold rate for theft in Florida has been $300 since 1986. In other words, in Florida, your life can literally be ruined due to stealing a phone. This is especially true for those who cannot afford to hire a criminal defense attorney to help get a felony charge lowered to a misdemeanor. Most other states, long ago, increased their felony thresholds for theft to account for inflation to between $1,000 and $2,500 and it is important to note that, in none of these states, did the property crime rates rise when this threshold changed.

While, historically, the Florida Retail Federation has opposed any kind of increase to raise the felony threshold, it recently agreed to work with a $750 threshold, and no higher. However, at the same time, the Federation also proposed expanding the length of time during which theft amounts could be added together for single charge; from the current 48 hours to 90 days. This is a dangerous proposal, as minor thefts conducted over a 90-day period could be combined to still find someone guilty of committing a felony, thus creating a different version of the current problem.

Meanwhile, as the start of the 2019 hurricane season approaches, pet owners who leave their pets tethered to fend for themselves when they evacuate during natural disasters could face hefty animal cruelty charges. This is in response to tragedies such as Hurricane Irma, where animal rescuers found far too many pets tied up and alone; many of which did not survive. The bill–Senate Bill 1738–prohibits restraining dogs outside and unattended during a natural or manmade disaster. Anyone who is found leaving the dog outside and restrained can be found guilty of a first degree misdemeanor in Florida and receive up to one year of jail time and/or a fine of $5,000.

If you have pets and face the disaster in Florida is important to note that shelters are always accepting pets and some hotels also allow you to bring pets with you.

If you or a loved one has been charged with a misdemeanor or felony offense here in Florida, it is crucial that you work with an experienced West Palm Beach criminal lawyer in order to ensure that you are not unfairly charged with a harsh penalty that stays with you for the rest of your life and must be reported to employers. Contact the criminal defense attorney at the office of William Wallshein, P.A. today to find out more about our services.