Was There More Crime During The Holidays? 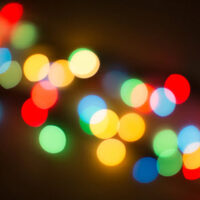 People in certain occupations and certain stages of life are noticeably busier during the holiday season, the period between Thanksgiving and New Year’s Day, than at other times of the year.  Retail workers’ busiest day is Black Friday, and restaurants are swamped with delivery orders on the day before Thanksgiving.  Postal workers and Amazon delivery drivers are swamped with work.  College students are busy with final exams in the second week of December, while divorce lawyers rest up for their busiest season, which begins on the first Monday of the year, and tax accountants catch their last few precious Z’s before the W-2 forms start to arrive in the mail.  Most people outside these professions don’t realize it, but the holidays are also an especially busy season for police officers and criminal defense lawyers, since certain crimes occur more frequently during the holidays.  If you are facing criminal charges this holiday season, contact a West Palm Beach criminal defense lawyer.

Crimes That Increase During the Holiday Season

These are some common criminal charges that occur at a higher rate during the holiday season than at other times of the year:

What does not change during the holidays is the rights of defendants in criminal cases.  You have the right to representation by an attorney in your case, even if you were arrested on a federal holiday like Thanksgiving or Christmas.