What Happens If Your Ex Refuses To Testify Against You In A Domestic Violence Case? 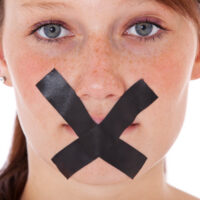 Some relationships are volatile, where heated arguments sometimes lead to punches being thrown, but by the next day, the couple has reconciled as if nothing ever happened.  Police sometimes receive calls about domestic violence incidents like these.  To be clear, it is against the law to hit your spouse or romantic partner even if you both know that neither of you will stay mad for long; most of the time, it is illegal to hit your partner even if your partner hit you first, although self defense is a valid defense in some domestic violence cases.  The legal process has many steps between the time when the police get a call about a couple having a physical fight and the time when a jury delivers a verdict.  If you are facing charges for domestic violence, contact a West Palm Beach family violence offenses lawyer.

Sometimes a domestic violence arrest and restraining order are what it takes to get someone out of an abusive relationship, and the victim alerts the police if the defendant goes near them.  In some cases, though, the couple gets back together, and it is the accuser who chooses to contact the defendant, to end the restraining order, and to drop the charges.

The prosecution cannot build a case against you without evidence, and if no one else was present when the incident of domestic violence allegedly happened, your off-again, on-again partner who called the police might be the only witness.  South Floridians may remember the news stories from several years ago about the domestic violence allegations against Mark Walton, who was then playing for the Miami Dolphins.  His girlfriend Jasmine Thompson called the police to their house in November 2019 and alleged that he hit her; she was pregnant with his child at the time of the incident.  Walton pleaded not guilty, and both sides began preparing for trial.  The prosecution was relying on testimony from Thompson, but in May 2020, she stopped providing information to prosecutors.  Eventually, the prosecution dropped the charges against Walton, since without Thompson’s testimony, there was not enough evidence against Walton to build a convincing case.

A criminal defense lawyer can help you if your former romantic partner is accusing you of domestic violence or of violating a restraining order.  Contact William Wallshein P.A. in West Palm Beach Florida to discuss your case.