What Is Credit For Time Served? 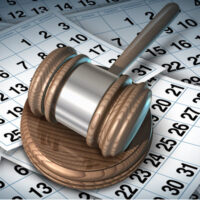 In some cases, the court allows defendants in criminal cases to post bail so that they can be free while their cases are pending.  If you get a prison sentence after you plead guilty or are convicted at trial, the court might order you to stay in jail during the time that elapses after your trial or plea hearing and before your sentencing hearing.  Likewise, some defendants stay detained from the time of their original arrest.  This means that, by the time their sentence begins, they have been in jail for a year or more.  In situations like these, the judge may award the defendant credit for time served.  This means that, if you are in jail for six months before the judge hands down your sentence, and you get sentenced to three years in prison, there are only two years and six months left on your sentence by the time it begins.  If you are facing felony charges for a sex offense, a West Palm Beach sex offenses lawyer may not be able to arrange a plea deal that enables you to avoid prison entirely, but hiring a lawyer is the best way to ensure that your sentence is not excessive.

Firefighter Pleads Guilty to Solicitation of a Minor

Kevin Kerlin worked as a firefighter in Miami-Dade County.  According to the South Florida Internet Crimes Against Children task force, he began communicating online with a 14-year-old girl in the spring of 2018.  The task force discovered text messages between the two where they discussed ways to meet without getting caught.  One of the messages specifically indicated that they had sex on at least one occasion.  The investigation also revealed that the girl had sent suggestive photos of herself to Kerlin.

In May 2018, Kerlin was arrested and charged with solicitation of a minor, lewd conduct with a minor, and unlawful use of a two-way communication device.  As the investigation progressed, the Fire Department reassigned Kerlin to desk duty, but by the end of the year, as the evidence against him grew stronger, it terminated his employment.  In a plea deal, he pleaded guilty to the first two charges in exchange for the last charge being dropped.  In 2020, he was sentenced to 78 months in prison, with credit for the time he had already served, which was more than eight months.  Upon his release from prison, he must serve five years of sex offender probation.  He must also register as a sex offender and remain on the sex offender registry for the rest of his life.

The law does not treat all sex-related offenses equally, and not all of them require you to remain on the sex offender registry for life.  A Palm Beach County sex offenses lawyer can help you avoid draconian sentences if you are charged with a sex-related crime.  Contact William Wallshein P.A. in West Palm Beach Florida to discuss your case.