When Does Florida Charge Minors As Adults? 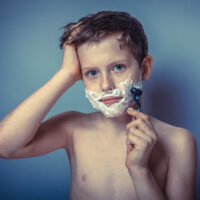 Teens have heard the warnings that, if they get in trouble with the law, the arrest only stays on their record until age 18, at which point they get a fresh start and that, except in the case of the most serious crimes, such as murder, the worst-case scenario is that you will have to spend time in juvenile detention.  While Florida has a separate juvenile court system, and while its programs aim to provide social support to young people to reduce their risk of committing felonies, the courts still have the option to try minors as adults in criminal court, and Florida judges choose this option more often than judges in many other states.  Getting a criminal conviction on your record as a young adult can place obstacles in front of you that are very difficult to remove; the obstacles are even bigger if the conviction happens when you are still a minor.  If a teenaged family member of yours is being accused of a crime, a West Palm Beach juvenile crimes lawyer can help you avoid unfairly draconian punishments.

For decades, Florida has been notorious for imposing adult prison sentences on minors.  In 2001, a Broward County judge sentenced 13-year-old Lionel Tate to life in prison without the possibility of parole for the murder of a child his mother was babysitting.  Tate was 12 years old at the time of the incident, and he maintained that he accidentally caused the injuries that proved fatal.  Tate’s sentence was overturned three years later, but by 2011, Florida was still leading the nation for the rate at which it tried minors in adult criminal court and sentenced them to adult prisons.

Teens Can Go to Adult Prison for Manslaughter

Manslaughter, the unintentional killing of another person, is a criminal charge that can send teens to adult court, and several cases of minors accused of manslaughter have made news headlines recently.  For example, a judge rejected a plea deal that would have allowed Diego Pedro Jose to serve 10 years in prison for manslaughter; when he was 16, Pedro Jose accidentally shot another teenager, mortally wounding him.  Earlier this year, a judge sentenced Christopher Garrett, Jr. to 15 years in prison for manslaughter, having rejected a plea agreement for a 10-year sentence.  Garrett was 16 years old when he caused a car accident in which four people died.