Yes, You Can Get Criminal Charges For Attempting To Commit A Crime That Never Occurred 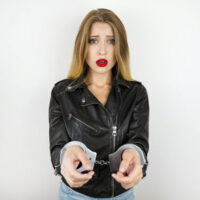 You have probably heard news stories about police investigations that led to the arrest of one or more people who were planning to commit a major crime.  When a grand jury hears the evidence about the communications exchanged among the conspirators or sees the drugs or weapons recovered during a search, it is usually sufficient to convince them that people would have died if law enforcement had not intervened to stop the crime.  It stands to reason that planning to commit murder is not the same as murder; no human being can be sure whether someone else would have gone through with the crime or had a change of heart.  Despite this, you can face serious criminal penalties for attempting to commit a crime, helping someone else prepare for a criminal act, or offering someone money to commit a crime.  If you are being accused of any of these actions, contact a West Palm Beach inchoate crimes lawyer.

What Are Inchoate Crimes?

Abandonment is a possible defense to charges of inchoate offenses.  If you use this defense, it means that you voluntarily stopped engaging in the activity that would have led to the target offense before the target offense occurred and before you got caught.  Simply being unsuccessful in your attempt to commit the crime is not a defense to an inchoate offense; you are still guilty of attempted murder if you tried to shoot the victim, but you missed.  Another possible defense to charges of inchoate offenses is that the evidence against you does not clearly indicate your guilt or that the prosecution violated your rights by obtaining the evidence.